The member of parliament for fanteakwa south constituency in the eastern region, Hon. Kofi Okyere Agyekum popularly known in the political phase as Arafat, has handed over a completed 4 unit teachers apartment to the district’s level of the Ghana Education Service, GES.

The ultramodern facility which was began and funded by the member of parliament after winning the NPP primaries and completed by him as part of his promises, sees to ease the accommodation constraints in the newly created district which of course it’s possible to lack some amenities.

In a ceremony to hand over the facility at Akyem Saamang where the facility is built, he added two motorbikes per GES requests and asked the District Director of Education, Mr Matthew Adu Bobi per his own discretion with respect to who needs it most.

“Today i hand over this facility and the two motorbikes they requested for, to the Director of Education to distribute. We are not going to tell him who he should give what to but he should know who deserves it more and give it out to help the education sector in the district. I know the district director lives in Koforidua so he can have one and give the rest out.” – Hon. Arafat said.

He tasked the director of education to work hard to uplift the standard of education in the district and must be proven when the table of performance is released. 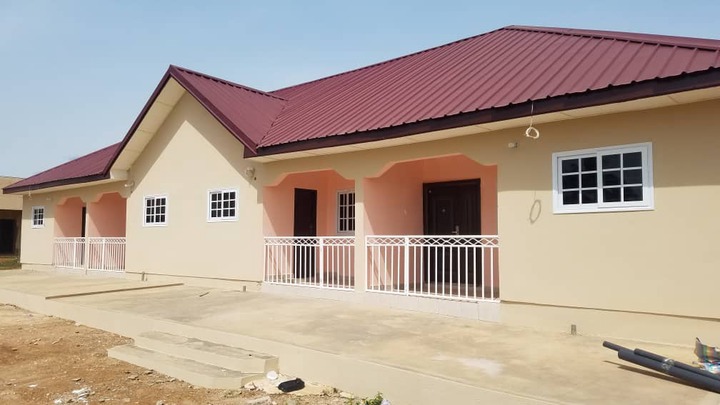 However, he added two motorbikes also upon requests from the District’s Director of Health Service, Mr Atuahene Agyeman to also support their transport system to aid in health care delivery.

Hon. Kofi Okyere Agyekum used the opportunity to thank the gathering and cleared rumors that he has not performed in the constituency particularly in Saamang community by listing his achievements within Saamang and the constituency at large.

Present at the ceremony were party executives, DCE, representatives from GES and GHS, traditional leaders of Saamang, Saamang assembly member and citizens of the Saamang community. 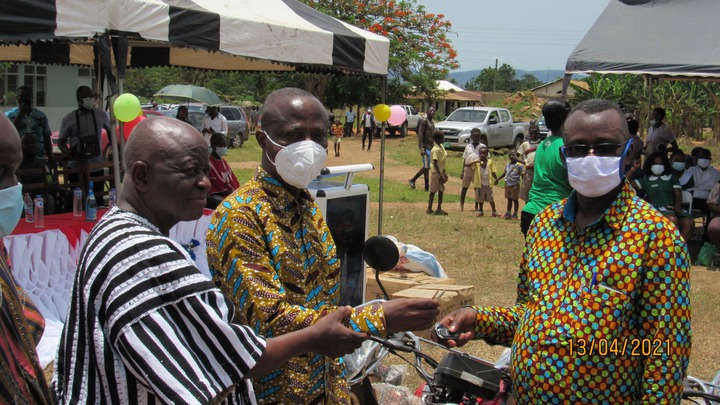